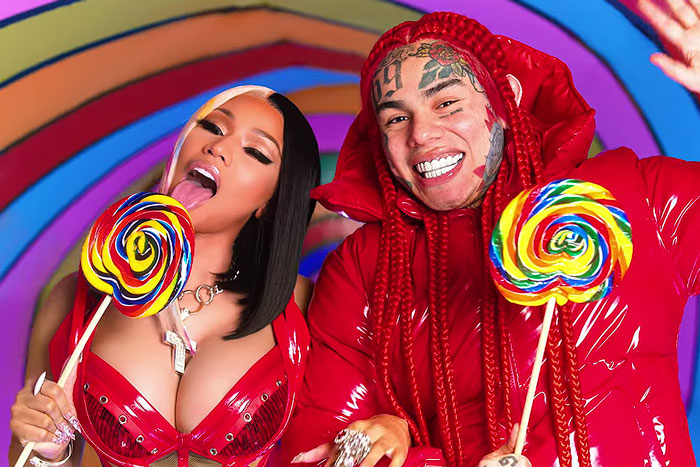 Recall that the now controversial duo recently released a video for the song “Trollz”.

‘Trollz,’ the latest duet from Rap superstars Tekashi 6ix9ine and Nicki Minaj, isn’t exactly ‘breaking the internet’ as its main star once predicted it would but it’s certainly breaking records.

The Sadpony-produced bop may be headed for a #2 debut on the Billboard Hot 100 thanks to lack of radio airplay and a slow start at streaming on platforms like Spotify and Apple Music, but where the tune is proving itself a juggernaut is YouTube.

Launched Friday (June 12), the CanonF8-directed music video amassed a whopping 50.3 million views in 24 hours.  The numbers pencil it in YouTube history books for the most 24-hour views garnered by a Hip Hop visual.

The record defeats the previous Hip Hop record-holder, 6ix9ine’s own comeback clip – ‘GOOBA’ – by nearly 7 million views as it amassed 43.5 million views in its first 24 hours of availability.  When all genres are considered, ‘Trollz’ ranks #6 on the ‘most 24 hour views’ list.