6ix9ine Snitches On Cardi B, Says She Is A Gang Member; Cardi Responds 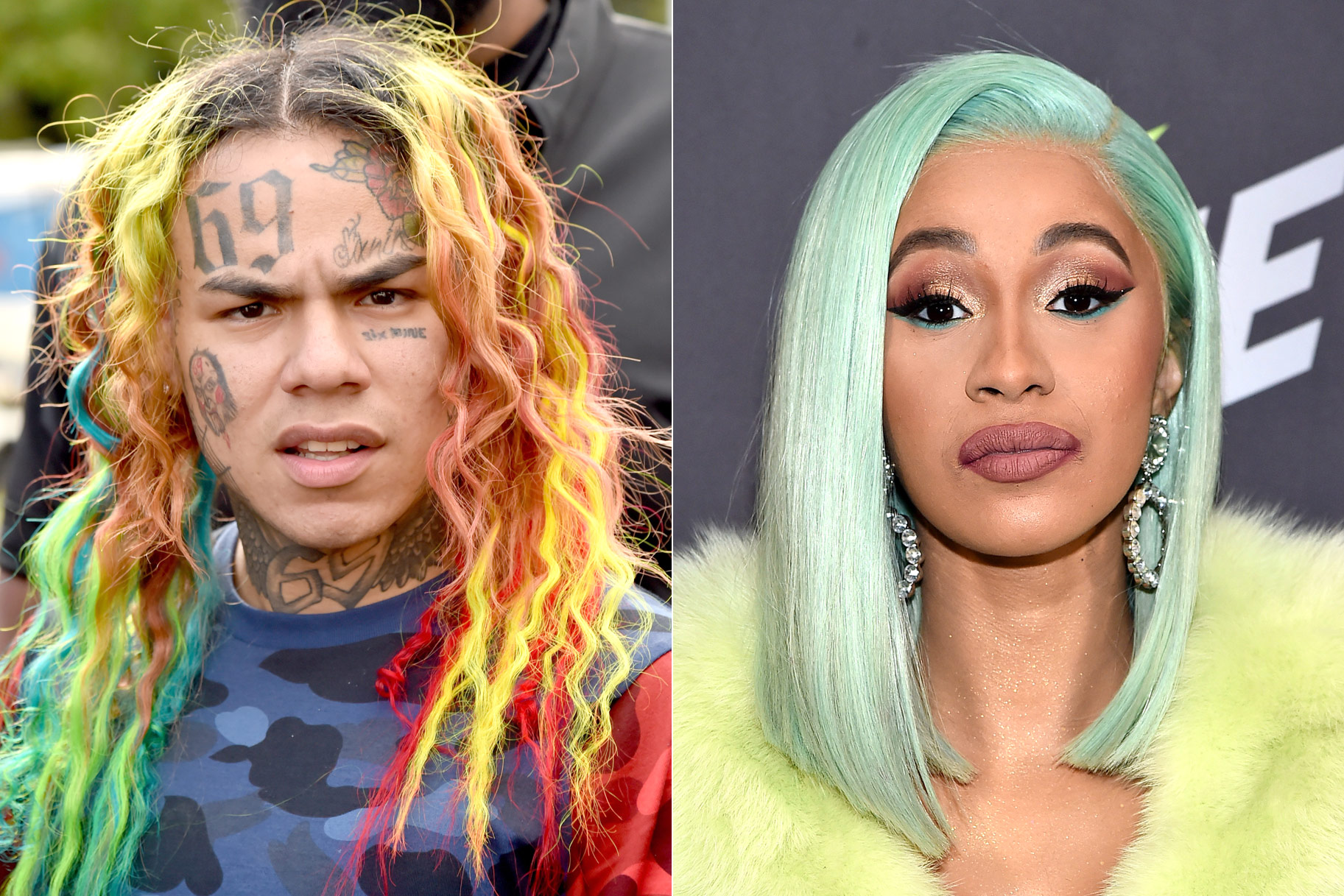 6ix9ine is on a roll, much to the detriment of many of his former affiliates.

Born David Hernandez, the ‘Dummy Boy’ rapper is currently facing up to 47 years in prison but could see that time reduced to little as nothing if he cooperates with federal investigators.  Having already named rappers Jim Jones and Trippie Redd as gang affiliates, now Hernandez has his sights set on Cardi B.

Cardi B may have rapped she doesn’t “need more press,” but more press is exactly what she’s gotten thanks to testimonies from an ongoing trial that’s seeing imprisoned rapper 6ix9ine – in cooperation with federal investigators – fire off a list of names of fellow entertainers who are gang-affiliated.

Fans familiar with his case are aware the 23-year-old is facing 47 years in prison for gang-related activity including racketeering.  Reports have it his testimonies as an informant will help reduce, if not completely eliminate, that potential sentence.

Making headlines for pointing fingers to rappers Jim Jones and Trippie Redd for their alleged gang activity (which both parties later denied), 6ix9ine also listed Cardi B as a member of the Bloods gang potentially connected to illegal activity.  Shortly thereafter, the rapstress’ label home – Atlantic Records – took to press to deny her relationship with the Nine Trey Gangsta Bloods.

Now, Cardi’s speaking on her own behalf. See what she said inside:

The word from Cardi came just hours after her rep claimed her affiliation with Bloods was “not true” (a statement separate from that of her label home).

As stated in the tweet above, the Grammy winner is not denying association with the gang overall, but instead correcting the “set she reps.”  Her relationship with Bloods has been well-documented as she has made no secret of her membership to the “organization,” in song lyrics and interviews.

We’re keen to see how and if Cardi and other rappers continue to get roped into 69’s case as he points fingers to escape legal penalties.

Fans of the rapstress know the report isn’t exactly breaking news as she’s been open in the past about her affiliation with the gang in song lyrics and interviews.

“Here’s the thing. I never really wanted to talk about that, because I always wanted a music deal. I always want to keep my endorsements,” she told GQ just last year.

“When I was 16 years old, I used to hang out with a lot of Bloods. I used to pop off with my homies. And they’d say, ‘Yo, you really get it poppin’. You should come home. You should turn Blood.’ And I did. Yes, I did. And something that–it’s not like, oh, you leave. You don’t leave.”