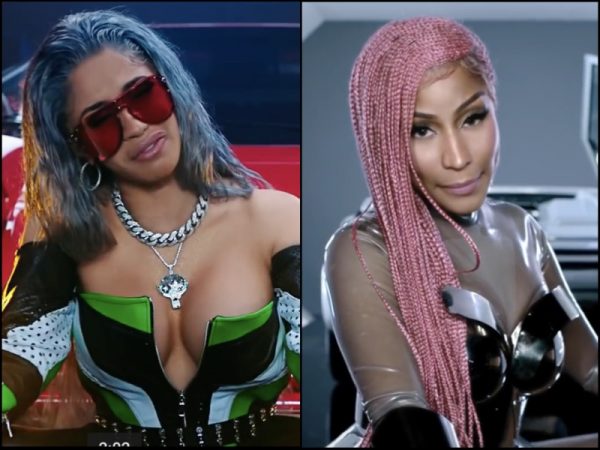 Much like the Brandy and Monica, Christina Aguilera and Britney Spears, and other reported female celebrity feuds of history, the catalyst of the beef often derives from external sources.  The aforementioned ladies are just a few who have cited ‘the industry’ (which also includes labels and fans) as the impetus of their rivalries which, ironically, later transformed what was once-rumored into reality.

Chance the Rapper believes that exact circumstance applies to the bad blood between rapstresses Cardi B & Nicki Minaj.  The 26-year-old, still hot on the promo trail in support of his debut studio album – ‘The Big Day’ – took to ‘Big Boy’ to discuss a number of happenings in his life including fatherhood, his delayed arena tour, and more.  When addressing ‘industry politics’ Chance took the chance to discuss his feelings on the beef between B and Minaj.

As he’s in a unique position to do so (having collaborated with both of them in the past), look inside to hear just what he said: