Azealia Banks Accuses Cardi B Of Copying Her Style 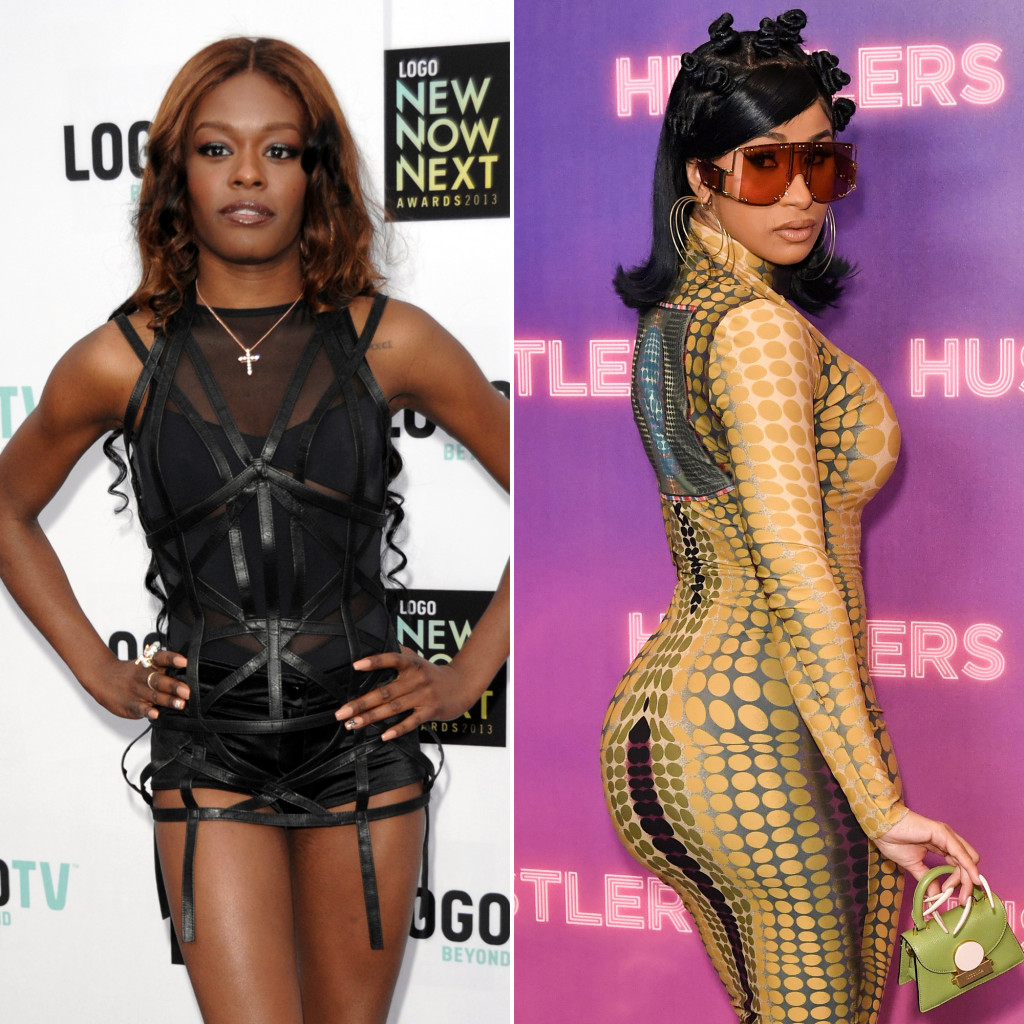 Rapstress Azealia Banks has long let her disdain for Cardi B be known.

Not only did she call the ‘Bodak Yellow’ hitmaker an ‘illiterate rat’ in 2017, she followed up in 2018 to label the Grammy winner ‘a poor man’s Nicki Minaj.‘ Ouch!  But, if yesterday’s lengthy slam on Instagram is any proof, she’s not done yet.

When fans of the ‘Ice Princess’ brought word to her that Cardi was recently spotted rocking the vintage, figure-hugging Jean Paul Gaultier dress (seen in the picture above), Azealia immediately lifted a video to social media showing her donning a similar ensemble.

The video – accompanied by claims Cardi had stolen the concept from her – also saw Banks hurl a slew of insults in the direction of the Trap Selena.  See it all inside:

After Cardi’s fans – affectionately called the #BardiGang – clapped back on their fave’s behalf, Banks deleted the IG post.  As of time reported, there’s been no response from B’s camp.