Did Tyrion win the Game of Thrones? 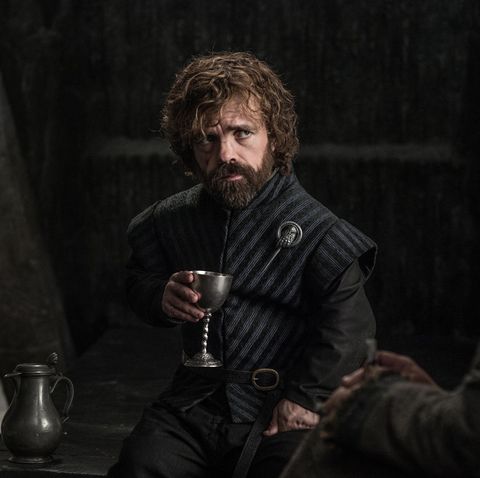 In the Game of Thrones finale, Bran Stark — inarguably the least useful character who managed to survive all eight seasons of the show — became king of Westeros. If you’re spitting bile right now, that might be because you’ve thought of the Iron Throne as the series’ putative prize, and you’re feeling rightfully let down by the injustice of handing that position to an undeserving, fairly creepy sideline observer. But rewind for a moment and ask yourself, who’s more important: the person who sits on the throne, or the person who puts him there and keeps him there? And what if the whole point of Game of Thrones is that the throne is no prize at all?

The Game of Thrones finale was an exhibition of the power of Tyrion Lannister (and the acting mastery of Peter Dinklage, who brought the character to life so deftly). From inside a jail cell, Tyrion is able to convince Jon Snow to assassinate the queen Tyrion couldn’t control. Later, chained and facing execution yet again, Tyrion delivers a fine speech, and basically picks his own king. If the winner of Game of Thrones is the person who holds the greatest power at the end, Tyrion Lannister is our reluctant, diminutive victor.

I would argue that this interpretation is the one the Game of Thrones writers want us to come away with. For literal years, they’ve been illustrating the toxicity of the throne, the way it ironically disempowers its occupier until they eventually die. When the young and recklessly vile Joffrey Baratheon sat on the throne, did he rule? Was his successor, Tommen, ever in charge? Conversely, when the elder Tywin Lannister ruled the kingdoms, he never needed to sit on the throne. Nor did the High Sparrow need to be in the throne room to control all of King’s Landing.

Every person who’s sat on the Iron Throne is, at the conclusion of the show, dead. Daenerys Targaryen merely touches the throne, and within minutes, she’s taking her last breath.