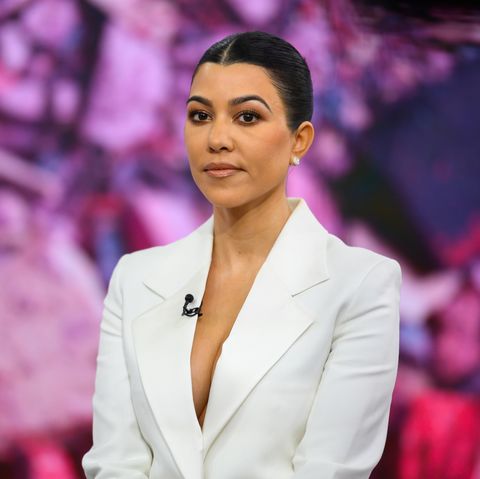 On The Real, the 40-year-old was asked about the rumours she may be leaving the show.

“So, I mean, every day is different,” she responded.

“So you actually considered it?” co-host Jeannie Mai asked.

“Yeah, but at the current moment I’m happy, and very into my blessings, and feeling really good. But I definitely have my moments. Because life is too short,” the reality star said.

The interview came days after a clip was shared of the latest season, showing Kourtney and Kim get into another family fight. The sisters were arguing over clothing choices and designers they shared. At one point Kim referred to Kourtney as a “fuckin’ fake humanitarian hoe” – so things got pretty hectic, and maybe it’s getting a little too much for the one sister.

In the past, Kourtney’s mentioned leaving the show after getting into a fight with Kim over the famous family’s schedules. She said if she could, she wouldn’t be doing the show anymore – she’d much rather be a mom to her three kids.

Her most recent fight with Kim left Kourtney feeling as if she didn’t want to attend her own 40th birthday party, according to E! News, the outfit for which sparked the whole fight with Kim. So although Kourtney seems to be in a better place now, we’re not too sure how much longer she’ll want to stay on the show.