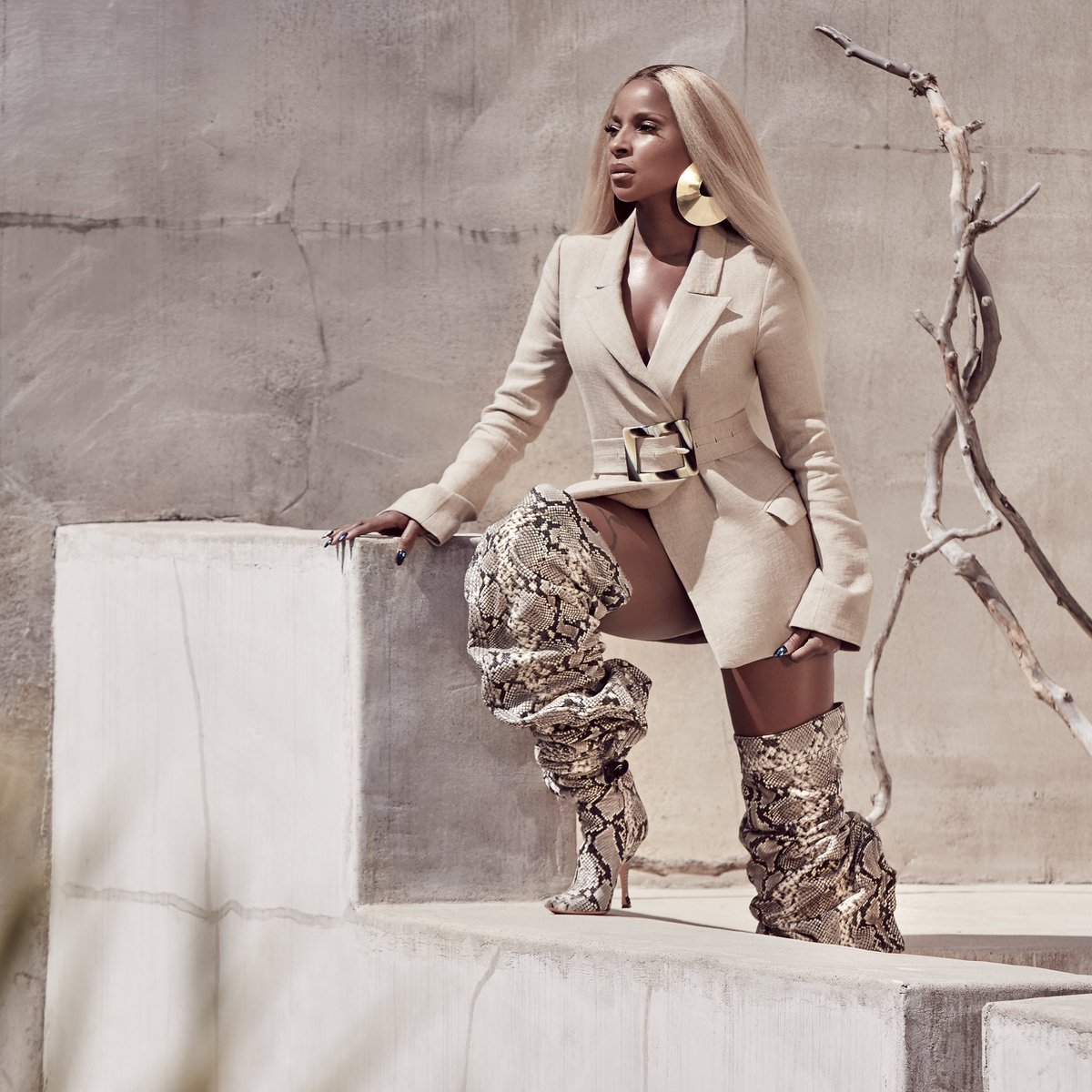 Mary J. Blige has long-reigned as the Queen of Hip-Hop/Soul and now her illustrious story is set to be chronicled in a major way.

For, the regal royal has teamed up with Amazon for a new bio documentary about her life.

One week after the 25th anniversary of her ‘My Life’ album, it’s been revealed that MJB’s project will center in earnest on her personal plus professional wins and woes in the time since the LP’s release.

Indeed, the as yet untitled film, will provide a never before seen look into the emotional journey of Blige’s past struggles with poverty, abuse, addiction and heartbreak.

It’ll follow the legendary diva as she embarks on a special concert tour to perform ‘My Life’ for the first time ever.

Speaking on the production – which will premiere exclusively on Prime Video – the Co-Head of Movies at Amazon Studios Matt Newman said:

“We all know Mary J. Blige as the two-time Oscar nominee, Grammy Award winning, multi-hyphenate who has sold over 80 million records. But through this documentary, audiences will see a raw and honest side of Mary J. Blige opening up about her personal journey of redemption and healing. We are thrilled to share with our worldwide Prime Video customers this exclusive, never-before-seen, inside look into the global legend, Mary J. Blige.”

eOne are co-producing the project alongside Diddy and their President of Global Unscripted Television Tara Long added in a statement:

“I have long admired Mary as an artist, an icon, and a strong, fearless woman. The story of her life has inspired us enormously and we are thrilled to be making this project with her and her team, Ashaunna and Nicole. Mary’s album “My Life” is both iconic and tremendously impactful, we hope that by bringing it to screens we can continue to inspire audiences around the world as her music has done for decades.”

We’re all for legends like MJB taking the helm of their narrative, authoring their legacy, and receiving their flowers while here to smell them. As such, we’re all sorts of excited for this film.