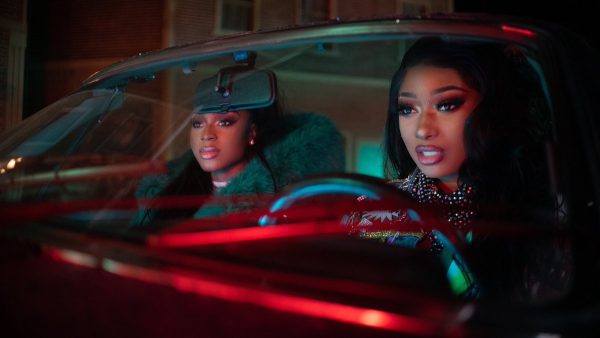 Details on what the Houston scorchers have teamed up for below…

Moments ago, Hot Girl Meg shared video stills of herself and Normani on set and captioned the snaps: #BirdsOfPrey.

Reliable sources confirm that the single is lifted from the soundtrack for the ‘Birds Of Prey’ movie – the ‘Suicide Squad’ spin-off film centered on Harley Quinn (who is played by Margot Robbie).

No word yet on whether the track shares its title with the movie, but per Megan it’s a “bop.” Bring it on!

The announcement arrives on the heels of Meg’s single ‘Hot Girl Summer’ being certified Platinum by the RIAA; it’ll also follow the Billboard success of Normani’s 2019 releases ‘Dancing With A Stranger’ and ‘Motivation.’