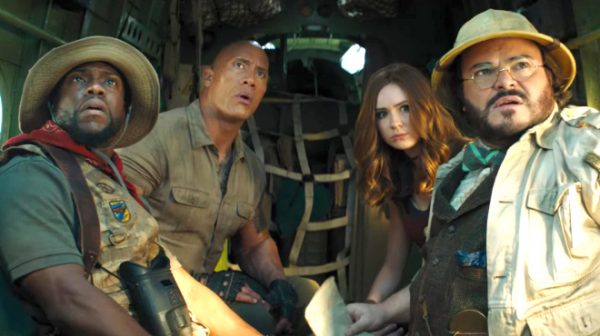 After shaking the box office with a global gross of over 1 billion dollars, the ‘Jumanji’ reboot is back.

Officially christened ‘Jumanji: The Next Level,’ the flick – which stars Dwayne ‘The Rock’ Johnson and Kevin Hart – reunites familiar faces. But this time, the game has changed.

Upon their return, the players note that everything has changed and they’re tasked with veering into the unknown and overcome an array of obstacles on their way out.

Ahead of its December 13th premiere, check out the first look trailer of the movie (directed by Jack Kasdan) below…

Will you be watching?