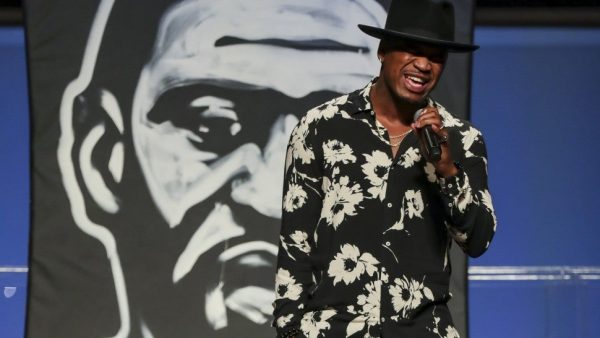 Celebrities, statesmen, and more gathered at Houston’s Fountain of Praise to bid farewell to George Floyd – the unarmed Minneapolis Black man whose death at the hands of local police sparked global outrage that’s led to protests for criminal justice reform.

took to the stage to not only offer his condolences to the Floyd family, but also performed a spirited acapella rendition of Boyz II Men‘s ‘It’s So Hard to Say Goodbye to Yesterday.’