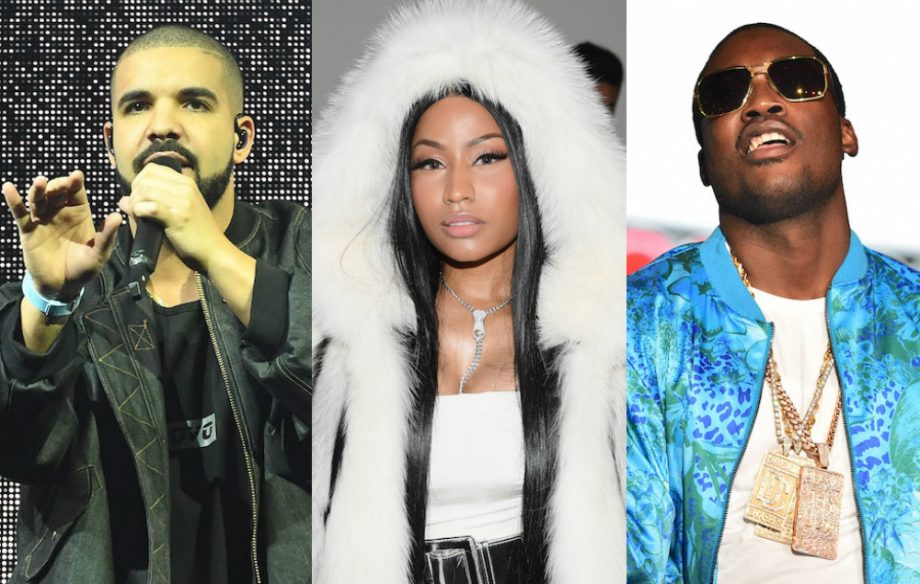 Nicki Minaj might have been the reason for Drake and Meek Mill‘s beef all along.

According to DJ Akademiks, all it took was one comment from Nicki during a shopping trip with her then-boyfriend Meek to spark the bitter feud that became one of the biggest hip-hop stories of 2015.

In a recent video, Akademiks claimed that Nicki shamed her “24/7” rapper ex while shopping, telling him “Drake would never do that” after Meek allegedly didn’t have enough cash to cover their expensive bill and asked her to pay for everything with her card.

“Y’all in the store, Meek’s got his sh*t you got your sh*t, Meek got cash on him he had no card. Y’all put your sh*t to pay for. Meek’s amount of cash (60 or 80K) couldn’t pay for everything. [But her card could.] And you looked at a n*gga and said ‘I bet Drake wouldn’t do that sh*t’,” Akademiks claimed. “You paid for your sh*t. You separated your sh*t from his, you took your sh*t and you [left him at the mall]. Meek paid for his sh*t.”

“The first tweets about Drake Meek ever sent were from a car after Nicki tried to throw Drake in his face,” he continued. “This is after Meek heard lyrics Drake may have spat about her […] and you used that moment and threw it back in his face … so when in the car, he tweeted you ‘Drake don’t even write his music.'” As fans know, that was the tweet that ultimately led to Drake and Meek’s 2015 beef and sparked Drake’s infamous “Twitter Fingers” line.