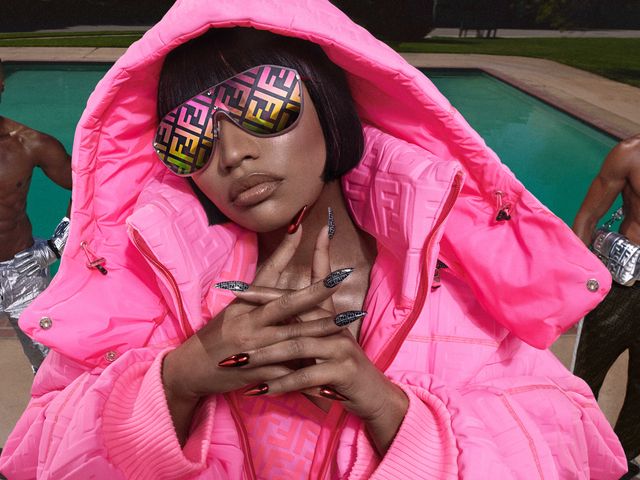 Nicki Minaj stunned her fans when she announced her retirement earlier this month.

But before revealing that she was hanging up the mic to focus on starting a family, she had been working on a new album. During an interview for the October issue of ELLE, which was conducted prior to her retirement tweet, Minaj opened up about the highly-anticipated project, which she describes as “fierce, fun, and unapologetic.”

“It’s probably the most excited I’ve been about an album release in a really long time,” she told the magazine. “This one incorporates all the things people love about Nicki, but it also just has a way bigger sound, so it goes perfectly with the [Fendi] collection.”

But unlike the four years between The Pinkprint and Queen, she won’t make her Barbz wait as long for her next project. “I’m happy that we’re not making my fans wait for another album, like I’ve done in the past.”

Minaj had previously discussed her fifth album on her Queen Radio show and revealed that she was working with a mystery executive producer. It’s unclear if she still plans to release it or if it will be her final album. Up until recently, she had been busy in the studio working on new music and made plans to record with several artists.

While her music career remains up in the air, Nicki is gearing up to launch Fendi Prints On, a 127-piece collection with Italian fashion house Fendi. The collaboration, which hits stores in October, came together after Minaj wore a Fendi fur bomber jacket with a matching Fendi bikini bottom on the cover of her “Chun-Li” single.

“I can’t believe that when I was doing that little picture that day, with the Fendi jacket and Fendi panties on…” she said. “I didn’t think that the actual company would think that that was dope. To know that they liked it that much, and now it’s on a T-shirt, is so iconic to me.”

And she is excited to launch her own fashion brand in the future. “Yes, yes, yes, yes, yes, and yes!” she said. “I’ve been really strategic and picky on purpose, turning some things down and waiting for the right opportunities. Once people see that you have selling power and you are able to impact a brand in such a positive way, then I think it’s only a matter of time. The Fendi collection alone made me feel like I would love to continue doing this–getting to that boss status. That’s where I would like to take fashion, for sure.”