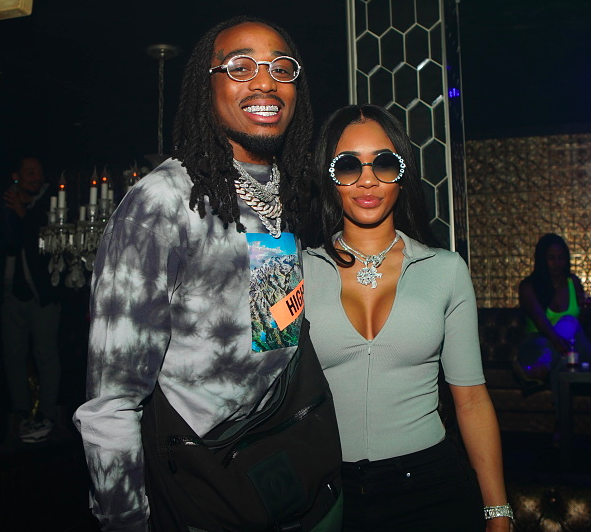 Are Quavo and Saweetie headed down the aisle?

The superstar couple may be thinking about marriage. Over the weekend, they attended Quavo’s sister’s wedding in Atlanta. When it came time to throw the bouquet during the reception, Quavo’s sister Kashara tossed it into the crowd of women and right to Saweetie, who was all smiles as she celebrated.

Quavo reposted the video on Instagram, adding his own caption. “G U E S S W E N E X T,” he wrote along with the shrugging emoji.

“Yesssssir❤️,” Saweetie responded in the comments.

The Glacier Boy, 28, and ICY GRL, 25, have become inseparable since they started dating last summer. Saweetie played Quavo’s love interest in his “Workin Me” music video and they’ve teamed up on numerous tracks, including their most recent collaboration, “Too Much Shaft” off the upcoming Shaft soundtrack.

Saweetie recently surprised her man with a 1961 Chevy Impala for his 28th birthday and he’s given her gifts including a diamond snowflake necklace for Christmas.