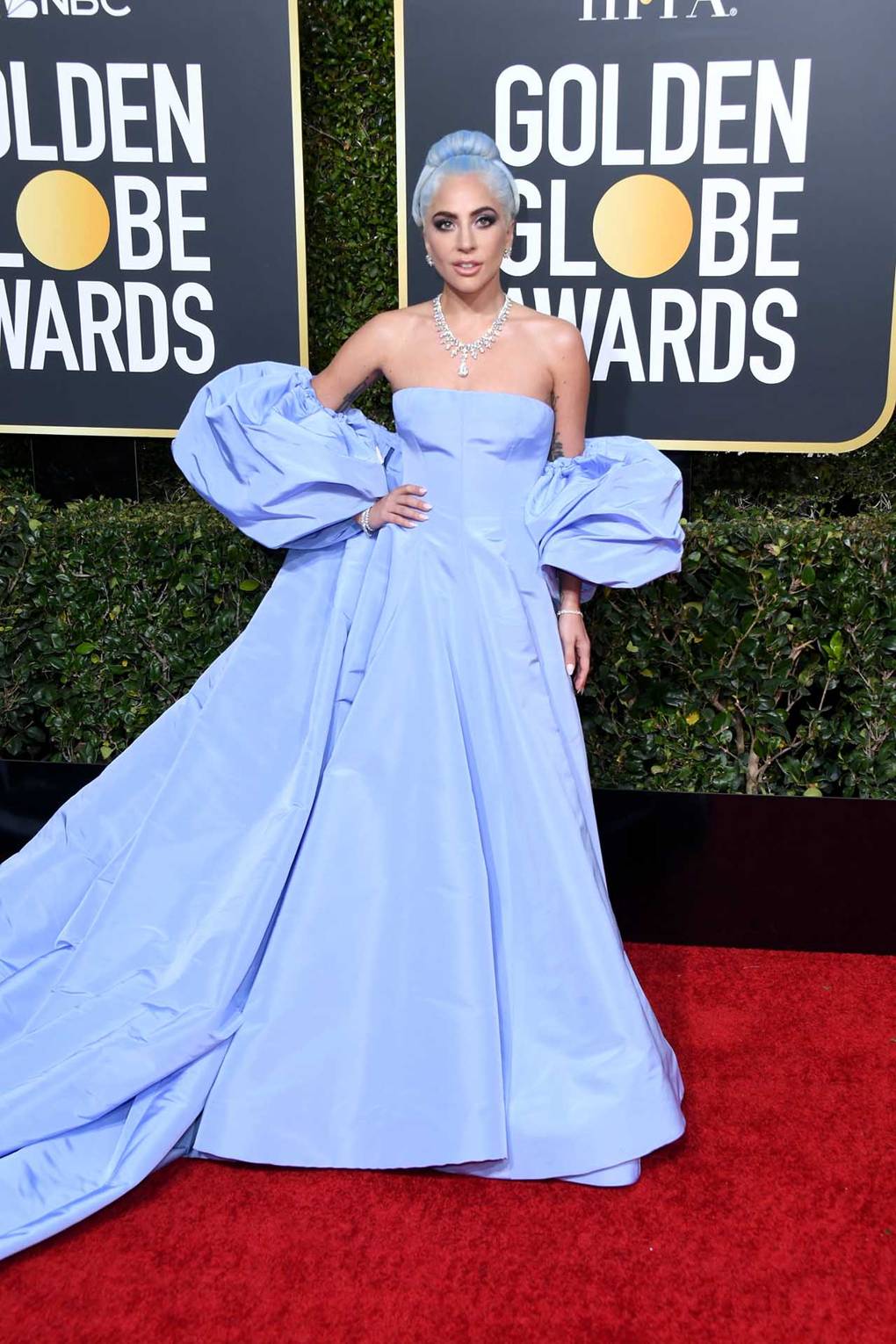 A maid from The Beverly Hilton is auctioning off the Valentino dress Lady Gaga wore to the 2019 Golden Globe Awards amid a report it was originally stolen.

The Bad Romance singer wore the Valentino gown to the prestigious ceremony, where she scooped the Best Original Song – Motion Picture prize for Shallow – her duet with Bradley Cooper from the hit musical A Star is Born.

Gaga reportedly left the gown behind, and according to TMZ the maid claimed she took it to lost and found, until she was told she could take it as it remained unclaimed.

Now the maid is trying to cash in by auctioning the garment off, although sources told the publication the dress didn’t belong to Gaga as she loaned it for the event, and officials at Valentino believe the dress was stolen and are planning on contacting law enforcement to discover why it was never returned to him.

The distinctive periwinkle blue gown features a cascading silk faille and a 10-foot train, with the design created in homage to the gown worn by Judy Garland in the 1954 version of A Star is Born.

It comes with a note from the maid, who claims to have worked at the hotel for 24 years, explaining how the gown came into her possession.

“I turned in the dress to the lost and found on the 8th of January 2019,” the maid, named Sara Corea, penned. “After the time legally held by lost and found they gave it to me as a gift from her and today I want to auction the dress.”

The auction is currently scheduled to take place on Oct. 31 via Nate D. Sanders Auctions, and bidding opens at US$8,000.